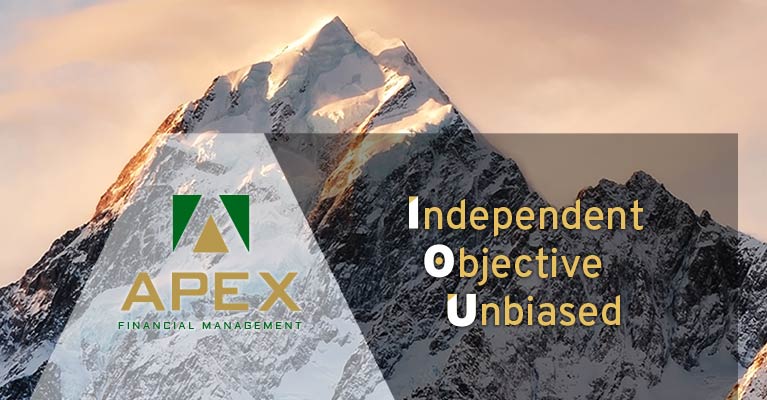 We hope this letter finds you well. As we write, markets continue to struggle after significant declines from all-time highs reached in December, 2021. Globally, stocks are in a bear market (think: hibernation). In the wake of a huge and surprising rally in stocks since March 2020, investor sentiment has flipped from cheerful to gloomy.

According to a popular investor survey, investor sentiment plumbed 30-year lows earlier this year. The American Association of Individual Investors (AII) has published an Investor Sentiment Survey on a weekly basis since 1987. Here is a description of the survey from their website:

In April, the AAII Sentiment Survey showed “optimism among individual investors falling to a level not seen in nearly 30 years….Bullish sentiment, expectations that stock prices will rise over the next six months, decreased by 8.9 percentage points to 15.8%. This is among the ten lowest readings in the survey’s history, which dates back to 1987[2]”.

Fund manager Tom Bradley commented in a September 30 Financial Post column that the AAII Survey has “shifted decisively from greed and speculation in 2021 to fear and frustration in 2022”[3].

So, what does the survey tell us more recently?

According to AAII: “As of September 30, the survey was decidedly bearish, showing 61 per cent of investors were bearish compared to the historical average of 31 per cent.”

So, sentiment has improved as markets have bounced off year-to-date lows. Truly, the mood of investors is seen by many as a contrarian indicator. A recent Financial Post article shared comments from Miller Value Partners LLC (a money management firm founded by the very accomplished investor Bill Miller) which reinforces this point:

“….research from Miller Value Partners LLC, a firm started by legendary investor Bill Miller, looked at the fifteen instances since 1938 when the S&P 500 was down at least 20 per cent, which is the threshold that defines a bear market [Note: the S&P 500 is currently down about 25 per cent from its high].

Its calculations showed that if you’d invested at this point in the past, you’d have made money over the next year on 11 out of 15 occasions, with an average return of 16 per cent. Going out to five years, the record was perfect, and the average annual return was 13 per cent.

Of course, there are caveats. When there’s a recession “there is somewhat more downside in the short term (beyond the 20 per cent) and it takes longer to bottom, but you can more than make up for it on the other side.[4]”

We must also put recent declines in the proper context. Sure, stocks are down from all-time highs, but a telescopic view tells a different story. Consider the performance of the S&P 500 following the financial crisis of 2009. According to Ben Carlson of Ritholtz Wealth Management, “March 9, 2009 [was] the bottom of one of the worst market crashes in stock market history. The S&P 500 fell nearly 60% over an 18-month period. Even with the current bear market that has seen the S&P 500 fall by 25%, the stock market is up nearly 600% or more than 15% per year since that day[5]. See chart below:

The economist and former U.S. Secretary of the Treasury, Larry Summers recently commented that “Events are 75% bad. Trends are 75% good .” This is a pretty good characterization of the stock market: many short-term events are negative, but the long-term trend is mostly positive.

As Howard Marks pointed out in a recent memo[6], the S&P 500 has returned about 10.5%, annually on average since 1926. Marks adds that this performance would have,  “turned $1 into over $13,000 by now, even though the period witnessed 16 recessions, one Great Depression, several wars, one World War, a global pandemic, and many instances of geopolitical turmoil”.

A caveat: averages can hide a lot of volatility. That the average has been 10.5% over the prior 95+ years tells us nothing about what you might expect in any given year.

History will tell you that the optimist has an edge in investing as do those who are patient long-term investors. It is natural, however, to focus on the negative – it is a primal thing. In their 2022 book, Superabundance, The Story of Population Growth, Innovation, and Human Flourishing on an Infinitely Bountiful Planet, authors Gale Pooley and Marian Tupy describe (quoting Daniel Kahneman) the human mind as: “organisms that treat threats as more urgent than opportunities.[7]” They further explain that “humans have evolved to prioritize bad news[8]”.

As an aside, Superabundance is a brilliant book that is certain to change the way that you think about scarcity and human progress. The Cole’s Notes version: things are way better than you might think; our standard of living continues to get better (for rich and poor, alike), and at an accelerating pace.

Some are led to believe that human progress and living standards have stalled or are possibly in decline. It is understandable how today’s consumer of social media might come to hold this view. But Pooley and Tupy provide evidence that in the last two hundred years we have witnessed, “unprecedented and even unimaginable improvements in wealth, life expectancy, nutrition, health, clothing, working conditions, and education”. The “fixed pie” mentality of the Malthusians has been proven dead wrong. Resources have proven to be in abundance and not dwindling nor necessarily finite. Human ingenuity coupled with economic freedom is the secret sauce that has and will continue to produce abundance and increasing wealth for all.

Our investments represent our future livelihood, and that of our immediate family members. It is natural to see sharp declines in stocks as a threat, and we are wired to react to threats. Often, our instincts work to our disadvantage; impulse is your enemy.

It is during corrections that our mettle is tested. All the news seems bad, and it becomes increasingly difficult to conceive of losses being restored. And it is not at all easy to buy (or remain invested) when others are selling. But unlike other endeavours, sloth is good for you in the domain of investing, owing to the “wonder” of compounding.

We have all seen and heard stories of the wonder of compounding. For example, did you know that if you fold a napkin forty times (assuming this were possible), it would be thick enough to reach the moon? Compounding of money is powerful, but it is not achieved easily. This topic was addressed in a May, 2022 article by Akre Capital Management LLC titled, “Why is Compounding so Difficult?”[9]. Following is an excerpt (emphases are ours):

Why do more investors not reap the benefits of compounding? We believe the reason has surprisingly little to do with recessions, depressions, wars, financial crises, political crises, rising interest rates, inflation, stagflation, a global pandemic, or most adverse macroeconomic events. The stock market’s return over the past 100 years includes all of these terrible things. Yet, the stock market still compounded wealth to the point where every $1 invested in the S&P in 1922 and left untouched would have become nearly $13,800 in 2022! Our conclusion: it is not adverse macro events that derail compounding; it is investors’ reactions to them. In short, investor behavior derails compounding.

Examples of such counterproductive behavior are well known to all of us: trying to sell before the next recession, trying to buy just before the next bull market, “repositioning” portfolios based on what is supposed to do better in the new paradigm, dumping stocks during a downturn, which deprives oneself of the means to eventually recover. People do these things because they are intuitive, because these actions appear rational in the face of heightened concern and uncertainty. This is precisely why compounding over the long term is so challenging and rare: it demands counter-intuitive and seemingly irrational behavior.

It is counterintuitive to ignore what we perceive as threats. It is irrational to do the opposite of the crowd. And, importantly, so much of the “repositioning”, or tinkering that we are tempted to carry out based on macro events, gut instinct, “what is working now”, etc. is well-intentioned but often gets in the way of compounding.

One way to remain grounded during stock market corrections is to think about what drives the stock market in the long-term.

Note: The S&P 500 is simply a basket of some of the largest U.S. companies. It is a gauge of what is happening, generally in U.S. stocks. Here in Canada, the S&P / TSX 60 is a similar gauge on the Canadian marketplace. When we talk about the “market”, we are referring to such broad baskets.

Stocks represent ownership of businesses, of course, so it is intuitive that their price is a function of what they produce (earnings and dividends).

According to a recent Barron’s report, the S&P 500 index level (price) is ~ “16 times the aggregate per-share earnings its component companies are supposed to produce over the next year……just above the 20-year average of 15.4 times[10]”. So, earnings have been going up at roughly the same rate as the index (i.e. because the multiple of 15-16 times has been, on average, quite consistent over longer time periods). Stocks go up because earnings go up. The wild card is sentiment (i.e. how people feel about stocks), which is entirely unpredictable.

We share this information to demonstrate that a broad basket of large stocks in the U.S. and Canada (such as the S&P 500 or the S&P / TSX 60), represents something tangible – an earnings stream that has reliably increased over longer time frames. Such a basket of stocks is not like trading cards, lottery tickets or other speculative assets whose value is largely in the eye of the beholder. Quality matters.

Over the past few years, we have witnessed a frenzy; a mania in certain securities / assets that are “only worth something if someone else pays more for it”, as described by Peter Hodson in a November 18, 2022 Financial Post column[11]. Comically, Hodson made this comment in reference to a “non-fungible token”, or “NFT” – a JPEG, or screen shot, of an animated monkey that sold for US$630,000 in 2021. He adds that “the monkey….is now worth US$10”.

The following chart shows that S&P 500 Index has closely tracked the earnings generated by its constituent companies[12]:

So, if you own a well-diversified basket of large domestic companies, what the market does in the short-term is much ado about nothing (assuming you do not have an urgent need for your capital in the near-term). What is required is patience, faith in the long-term wonder of compounding and the discipline to avoid tinkering (buying and selling based on short-term views, macro events, or emotion). On that note, we leave you with a humorous and instructive analogy, as told by Howard Marks:

“Think of buying and selling as an expense item, not a profit center.  I love the idea of the automated factory of the future – [the factory includes just] one man and one dog. The dog’s job is to keep the man from touching the machinery, and the man’s job is to feed the dog. Investors should find a way to keep their hands off their portfolios most of the time”.

Happy Holidays to you and family!

Best wishes to you and your family over the holiday season from your APEX team: Shawn, Mike, Denise N., Lisa, Marta, Denise E., John, Will and Jeannot.

This publication is for informational purposes only and has been prepared from public sources which are meant to be reliable. None of the information in this should be construed as investment advice. Speak to your Investment Advisor to learn if this product is right for you. Apex Investment Management is a tradename of Designed Securities Ltd. DSL is regulated by the Investment Industry Regulatory Organization of Canada and a Member of the Canadian Investor Protection Fund . The views expressed are those of the author and not necessarily those of DSL.

[5] “What a Stock Market Bottom Looks Like”, Ben Carlson, A Wealth of Common Sense, October 16, 2022, https://awealthofcommonsense.com/2022/10/what-a-stock-market-bottom-looks-like/

[9] “Why is Compounding so Difficult”, John Neff, Akre Capital Management, May 2022,  https://www.akrecapital.com/why-compounding-is-so-difficult/-

[11] “Five investing lessons so you can be prepared for the next market event”, Peter Hodson, Financial Post, November 18, 2022, https://financialpost.com/investing/five-investing-lessons-market-event