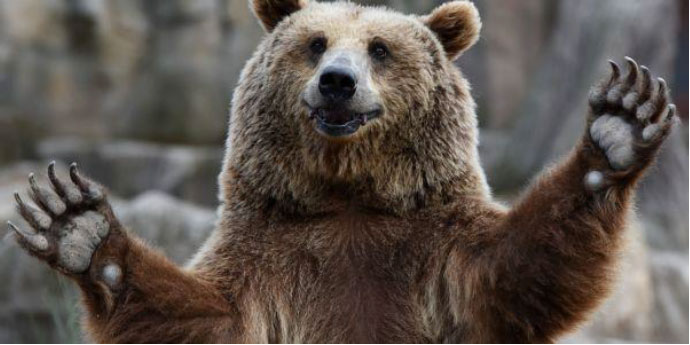 A New Year, and better markets (so far). In December, the prospect of a bear market was upon us. For the 3rd quarter of 2018, the S&P 500 and the Dow Jones Industrial Average declined 13.97 and 11.8 percent, respectively, their worst performances since 20111. The NASDAQ dropped 17.5 percent in the period, its biggest quarterly fall since 20082. The markets had been up considerably on the year so the end result was a ~ 6% decline for the major averages for 2018.

December was particularly painful. The Dow and S&P 500 recorded their worst December performance since 1931. On Christmas Eve, the Dow Jones Industrial Average declined by 653 points, or 2.9% – its worst Christmas Eve performance in its 122 year history3. This downturn, or “correction” has been dubbed “the Santa slump”.

Given this volatility, we thought it would be useful to bring you a discussion on market “corrections” for this quarter’s commentary.

So, what exactly is a correction? It is generally defined as a decline of 10% or more. Peter Lynch calls corrections a “euphemism for losing a lot of money rapidly”. No matter how you define a correction, we can all agree that it doesn’t feel very nice. Why do corrections happen? Here is Peter Lynch in a PBS interview to explain5:

“…no one knows when or why corrections happen. Investors are continually searching for reasons for stocks to fall. It almost becomes a game for some to predict the exact event that does it.

The problem is sometimes stocks rise and fall for no apparent reason whatsoever. Occasionally these issues “matter” but other times the market simply shrugs them off”.

As we wrote in our Q3 letter, sometimes the market just decides to focus on the negatives. The worries in Q4 included: the U.S. / China trade war, comments by Federal Reserve Governor Jay Powell on potential interest rate hikes, and slowing global economic growth to name a few. It is often difficult to identify the trigger event that precipitates a market decline – even in hindsight. The market is mercurial and, at times, manic-depressive. The crowd can switch from worrying about missing opportunities to worrying about losing money very quickly. It is a mistake to impute much intelligence to short-term market gyrations.

“That’s one of the crazy things: in the real world, things generally fluctuate between ‘pretty good’ and ‘not so hot’. But in the world of investing, perception often swings from flawless to hopeless6”.

The “real world” is in reference to the business fundamentals, or performance of companies whose shares trade on the market. That stocks are simply ownership of a company is sometimes lost on investors. As Peter Lynch explained in his 1989 book “One Up on Wall Street”, “A stock certificate is not a lottery ticket. Behind every stock is a company. Stock prices go up 8 percent a year, on average, because corporate profits go up 8 percent a year. Add in the dividend yield of 2.5 percent (today’s levels) and stocks give you a total return of 10.5 percent. Dividends are raised, on average, by 8 percent a year, right along with corporate profits”.

Much of the short-term swings in the stock market are owing to changes in sentiment and investors’ attitudes about risk. But at the end of the day, stock prices are driven by earnings. This makes sense, of course, because stocks, like all financial assets, derive their value from what you can get out of them. If you believe, as we do, that the amount of business conducted by a diversified basket of companies such as the S&P 500 will be higher in 5, 10, 20 years, then short-term volatility is much ado but nothing for the long-term oriented investor. As Vanguard’s John Bogle puts it, “the daily machinations of the stock market are like a tale told by an idiot, full of sound and fury, signifying nothing”.

Keep in mind that “corrections” are normal in stocks – they come with the territory. The average correction for the S&P 500 since World War II lasts four months and sees equities slide 13 percent before bottoming. Here are some statistics from Forbes7:

“…a study conducted before this recent dip of every S&P 500 pullback since 1945 reveals that there were 77 drops of between 5% and 10% and that the average time it took for the market to recover was just one month. In the postwar period, there have been 27 corrections of between 10% and 20%, which have taken an average of four months to reverse. Even the eight bigger crashes, of 20% to 40%, took only 14 months to recover from. And by the way, of those 27 corrections between 10% and 20%, most took place during long bull runs in the market. They’re as common as acne on teenagers”.

A question that we often field is of this variety: “Given the recent market action and negative news about the economy, China, trade, politics, etc., shouldn’t the investor go to cash (i.e. sell stocks) and wait for an opportunity to get back in at lower prices?”

It is a natural reaction to try and protect your capital when prices are falling and the narrative surrounding the stock market is one of doom and gloom. It is important to point out, however, that there has always been a lot to worry about when it comes to the economy, geopolitics and the stock market. Today is no different than any other time in our long experience. At any given time, there are several big worries that populate the media and preoccupy investors’ thoughts.

“You can find good reasons to scuttle your equities in every morning paper and on every broadcast of the nightly news”.
~ Peter Lynch “One Up on Wall Street” (2000 update).

The chief problems with this strategy are that:

“If timing the market is such a great strategy, why haven’t we seen the names of any market timers at the top of the Forbes list of richest Americans? People who exit the stock market to avoid a decline are odds-on favorites to miss the next rally”. ~ Peter Lynch

It might seem counterintuitive to some, but when it comes to investment activity, less is more. Tinkering; intervention will more often than not detract from long-term performance. Just ask John Bogle.

Author’s note: John Bogle, Vanguard founder and index fund (simply, a product that allows the investor to passively invest in the basket of companies that comprises a stock market index, such as the Dow Jones Industrial Average or the S&P 500) pioneer, passed away on January 16, 2019 at the age of 89. In the days following his death, Warren Buffett paid tribute to Bogle in saying, “Jack did more for American investors as a whole than any individual I’ve known”.

We have quoted Bogle on many occasions in our letters to you. His recurring advice over the past 50 years has been to “stay the course” and “don’t peek”.

Bogle’s advice to “not peek” seems antithetical to the notions that many investors have about the stock market. Investors are inclined to think that successful investing requires frequent action – that more activity translates to better outcomes. That is true in many endeavours but when it comes to investing we firmly believe that less is more. Like many things, the fundamental truths about investing are often counterintuitive to popular wisdom. And a fundamental truth about investing is, in Charlie Munger’s words, “The big money is not in the buying and selling … but in the waiting”. Unfortunately, another truth, added by Munger, is that “a lot of people just can’t stand to wait.”

“The ‘secret’ to making money in stocks is to not get scared out of them”. ~ Peter Lynch

So, hot potato is not our game – we like to buy and wait.

Bogle provided this advice to investors many times over the past 30 years about how they ought to respond to market downturns: “Don’t just do something. Sit there”. Brilliant!

Does the recent market action portend a recession or prolonged downturn in stocks?

After 10 years of economic expansion in the U.S. it is possible that the world’s largest economy may slow. The Chinese economy (the world’s second largest and closing fast on the number one spot) is showing a slower pace of growth in recent months. Are we on the verge of a recession? In truth, nobody knows. You may have heard the quip that economists have predicted ten of the last three recessions. You may have heard pundits warn of a looming recession or a bear market in stocks. Don’t listen to them. As Peter Lynch explains, “The only value of stock forecasters is to make fortune-tellers look good”.

It is our hope that this letter leaves you better informed and hence better prepared for the inevitable volatility that is certain to characterize stocks markets in years to come. In our next letter, we will discuss reasons to be optimistic about stocks. We leave you with one final word from the wise and very quotable Peter Lynch:

“Your ultimate success or failure will depend on your ability to ignore the worries of the world long enough to allow your investments to succeed. It isn’t the head but the stomach that determines the fate of the stock picker [or investor, in general]. The skittish investor, no matter how intelligent, is always susceptible to getting flushed out of the market” ~ Peter Lynch

Best wishes to you and your family from your Apex team Advisors and staff: Shawn, Scott, Mike, John, Will, Denise E., Paul, Tina, Denise N., Lisa, Marta, Darlene and Sharon.

Disclaimer: The information contained herein was obtained from sources believed to be reliable, however, we cannot represent that it is accurate or complete. This report is provided as a general source of information and should not be considered personal investment advice or solicitation to buy or sell any securities mentioned. The views expressed are those of the author and not necessarily those of ACPI.